When it comes to water management, the United States has set a 2050 Net Zero goal. According to the U.S. Environmental Protection Agency, Net Zero focuses on water conservation, lower energy use, diminishing solid waste, saving money, and increasing sustainability and resilience.

As a core component of its services, Seven Seas provides wastewater reuse, which is one of the best ways to conserve water in line with Net Zero goals. Desalination also helps conserve natural water resources, providing fresh water for human activities, giving depleted aquifers a chance to recharge, and allowing sinking surface water levels a chance to rise again.

Both desalination and water reuse are ways to increase the sustainability of communities that sorely need a lifeline as climate change and increased demand drain their natural water sources.

When water is pumped or trucked in from miles away, it uses large amounts of fuel and electricity. By treating water on-site instead, the company prevents 140,000 tons of carbon dioxide pollution a year from tanker trucks alone.

Placing treatment directly where it’s needed also saves energy and carbon emissions from the manufacture of pipes used to convey water long distances, as well as all the energy used by vehicles and equipment during pipeline construction.

The company’s plants offer some of the most energy-efficient technologies, including energy-saving reverse osmosis desalination. 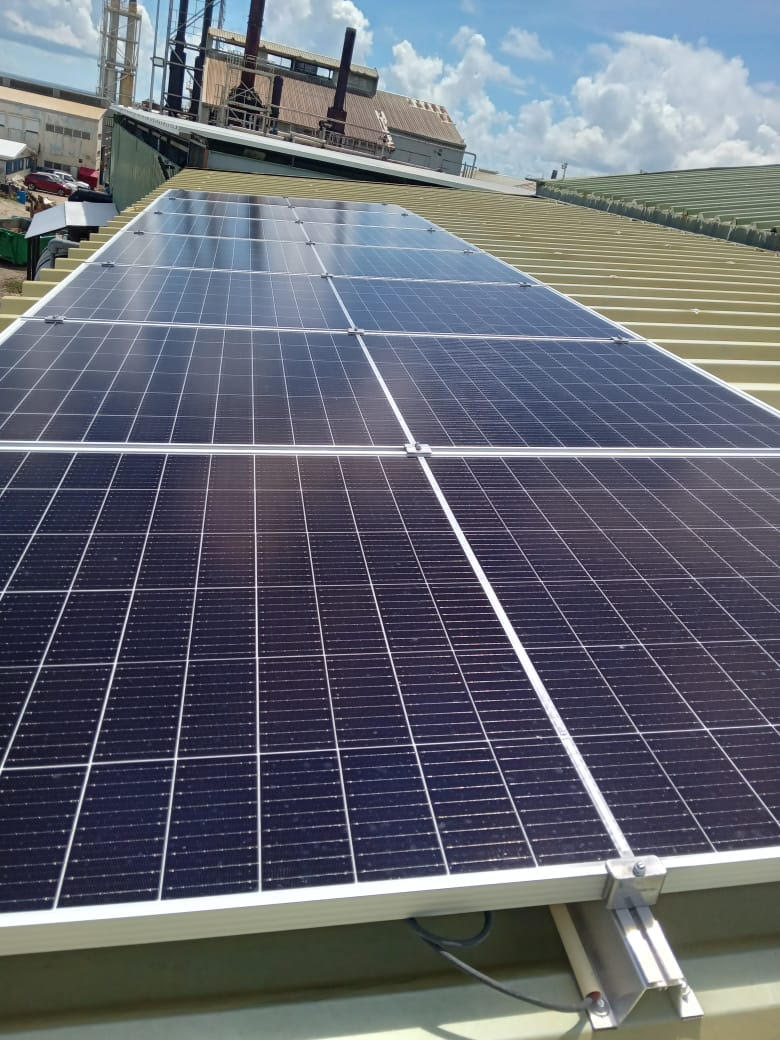 Solar energy adoption is another pillar of Seven Seas’ 2050 Net-Zero goal, with new photovoltaic solar systems currently being installed at plants, including the Cay Bay facility on Sint Maarten.

Solar energy adoption is another pillar of the Seven Seas’ 2050 Net-Zero goal, with new photovoltaic solar systems currently being installed at plants. The newest is a solar array at the Cay Bay facility on Sint Maarten in the Caribbean. The 2.9 kW peak system should reduce the facility’s carbon dioxide emissions by 2.4 metric tons annually.

Water-as-a-Service® (WaaS®) is a big part of Seven Seas’ Net Zero goal, providing water infrastructure where often it has never been financially possible before through public-private partnerships, and BOO and BOOT financing. With savings on both CAPEX and OPEX, as well as flexible optimization of capital and phased installation options, WaaS® helps more communities, businesses, and industrial operations leave their energy-intensive water systems behind. With long-term operations and maintenance bundled with infrastructure, WaaS® also stops the “build-neglect-rebuild cycle,” so plants won’t have to be scrapped and replaced at great expense.

Seven Seas uses the most durable equipment and tough steel buildings, rated for 120 mph winds, for storm resilience. On the ground, Seven Seas plants that were hit by category 5 hurricanes performed above their ratings and were virtually unharmed, and were up and running again as soon as power was restored. Brackish-water desalination and wastewater reuse optimize every drop of available water, allowing quicker recovery from climate shocks.

Seven Seas has only just embarked on its 2050 Net Zero journey. Subscribe to our newsletter to stay up to date on our progress.